As our blog post competition draws to a close, the first thing to note is how impressive CULA members have once again shown themselves to be. Both in terms of the choices of icons and the quality of submissions, this competition has been a pleasure to judge; every entry was well-received and worthy of praise. But judge we must; and we have picked the following posts as winner and runner-up.

“So, Eliot was a liberal because she was painfully aware of the impact that social oppression has on thousands of suffering Teresas (as well as those who are less extraordinary in ambition, but are no less impacted by stifling social mores). But she also knew that self-development is no simple matter of peeling back an oppressive skin to find the happy, harmonious society buried underneath. She was the antecedent to Isaiah Berlin, Bernard Williams, Judith Shklar, and other modern liberals who know that human life is more complicated than that.”

Laurence: “Luke made a less obvious choice for his liberal hero, giving a highly original argument in her favour, and the CULA blog is all the better for it.”

Laura: “Luke’s choice of icon is characteristically left field, but by focussing on just one aspect of liberalism, he presents an original and convincing argument for the consideration of literary works that are not explicitly political as pieces of liberal history.”

Peter: “Self-development is a crucial liberal theme, but too often discussions of it today start and end with the canonical texts—or, let’s be real, canonical text. As much as I love On Liberty, liberals have to be able to move beyond it and exhibit in our discussions the pluralism we are such great fans of in theory. Luke’s original discussion of Eliot does exactly this, making it an incredibly valuable contribution to the blog. And the mention of my favourite philosopher Bernard Williams at the end didn’t hurt his chances with me!”

“When liberals today grope after political relevance, they should look to Palmerston’s brand of muscular liberalism, unabashedly patriotic and unashamedly engaged in the world, for inspiration. Then they should reflect on the fact that he was by far the most effective and popular statesman of his age.”

Laurence: “In a strong field, Sam’s piece had a uniquely compelling narrative style, and I learned a lot from it. Like the other entries it indulged our liberal senses, but its more contentious closing message to modern liberals was also welcome.”

Laura: “A highly informative and enjoyable read; Sam’s essay makes a compelling case for the kind of ‘muscular liberalism’ which he is known for.”

Peter: “Sam’s novel interpretation of the Pacifico affair as ‘borne of Palmerston’s long-standing political convictions’ is only the beginning of this post’s strengths. Modern liberals (and Lib Dems especially) often profess a respect for the Liberal Party, but for many people their knowledge doesn’t go beyond the names of some great leaders and policies. Sam’s post shows that engaging more deeply with our party’s history is still worthwhile, even necessary; and even if I disagree quite strongly with his conclusions, this post’s display of the sense of the past makes it a deserving winner.” 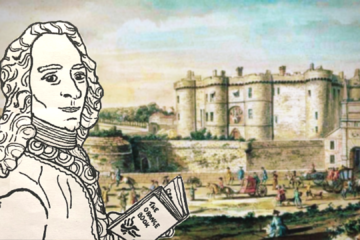 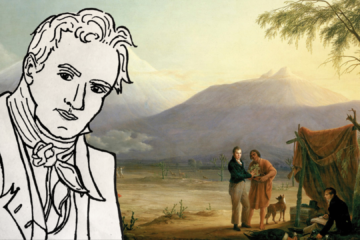