It’s the weekend, and a crowd has gathered in a side-room at Little St Mary’s. A man is standing, preaching monotonously to the solemn congregation sitting around him. His words are remarkably predictable. But this isn’t a religious service. No, the phrase “love thy neighbour” seems not to have penetrated to this part of the building—and communion wine tends to be rather better than whatever it is we’re drinking. No, this is something quite different: this is the Cambridge University Conservative Association’s Port & Policy.

The premise of Port & Policy is straightforward: a group of Conservatives—and others, if they dare—come together to debate three political motions over copious amounts of wine. You might have preconceived ideas about the likely quality of the debate, but I can assure you that what each speaker lacks in well-considered political views and the ability to modulate their voice, they more than make up for in self-confidence.

Despite my low expectations, when I went along to Port & Policy on Saturday evening, I couldn’t help but feel let down. While it featured some constructive discussion, the event was overwhelmingly characterised by one-sided motions, tedious speeches, and poor, needlessly edgy attempts at humour.

I walked into the church a few minutes before the fun was due to start and was immediately struck by two things. The first was the obvious gender imbalance. I’m not sure what I expected from a society with a 90% male committee, but in any case, I’d clearly been overly optimistic. What I found much more unnerving, however, was how extraordinarily glum everyone looked. Were they all ardent feminists, disappointed by their society’s failure to reach out to women? Or had they seen the European election poll published that evening, which put the Conservatives in fifth place, behind the Lib Dems and the Green Party? I don’t know what it was, but in hindsight I can empathise with them: I would have felt equally miserable, if only I’d known what the next two hours had in store.

After some delay, we eventually started with the first motion: This House would extradite Julian Assange. This was by far the least problematic debate of the evening and was largely uninteresting to those not actively taking part (and even to those who were, judging by the tone of some of the speeches). Of course, this being CUCA, it didn’t pass without one committee member interrupting a speech to ask, “How is that ‘horrifying’?”—“that” being the murder of civilians and Reuters journalists by US forces in a notorious video released by Wikileaks in 2010. This was accompanied by some highly questionable legal analysis surrounding Assange’s potential trial in the US. There were a couple of good speeches on each side, but overall, the whole thing was thoroughly uninspiring.

By the end of the first motion, one of the central problems with Port & Policy had already become clear: at times it simply gets a bit dull. Besides the low standard of the speeches, the main reason for this is the format. At the start of each debate, two attendees give preliminary arguments in proposition and opposition, their onanistic monologues generally lasting much longer than could ever be deemed reasonable. The same two are then asked to respond to each of the subsequent contributions, leaving little time for speeches from the audience, which tend to be much more valuable. A format less focused on just two individuals, like that of CULA’s Spirited Discussions, would go a long way towards making Port & Policy more fun.

Following a brief interlude, we moved onto the second motion: This House would vote for the Brexit Party. It was fitting that both the main speakers this time were students of history—a foreshadowing of the not-too-distant future, when historians will be the only ones talking about the Brexit Party.

It was during this second debate that things started to go Pete Tong. To put it simply, it never ends well when the right tries to be funny.

In fairness, the opposition made some eminently reasonable arguments—pointing out the Brexit Party’s undemocratic constitution (with the party being led almost autocratically by Nigel Farage), and the fact that we would have left the EU by now if it hadn’t been for some Hard Brexit-supporting MPs’ refusal to vote for May’s deal. One person gallantly made the case for voting not for the Brexit Party but instead for the Liberal Democrats.

But none of these were any match for the cheap, crowd-pleasing nonsense spouted by the proposition. In the course of the debate, both the EU and Jean-Claude Juncker were separately called “the antichrist”—while the Catholic faith was, in one speaker’s words, “satanic”. Even the word “Kampf” made an appearance, along with the sectarian song The Sash and slogan “No surrender”. A quotation from a certain Rudyard Kipling poem allowed us to fill in the last square in our bingo cards. To say that all this was interspersed with constructive arguments would be generous; instead, the proposition parroted the usual Brexiteer talking points like members of the audience on Question Time. Think Vogon poetry, but with a fascist twist.

Perhaps most telling of all was the audience’s near-Pavlovian applause when the British Empire was mentioned. There was a similarly maniacal reaction to the point that most Conservative members support a no-deal exit, and sheer outrage when an opposition speaker brought the soldiers of the two World Wars into it. In contrast, the abject silence that met a comment about Brexit Party candidate Ann Widdecombe’s homophobia was palpable.

One would be hard-pressed to argue that anyone got anything much out of this debate.

The one advantage of Port & Policy over Spirited Discussions is that it has much longer breaks between motions, giving attendees time to casually discuss the disaster they’ve just witnessed and to let their blood pressure return to normal. It must also be said, to be fair, that the port was provided in generous quantities, although perhaps not generous enough to make the whole thing bearable. On the other hand, there was no variety in the alcoholic drinks on offer (though non-alcoholic options were available), and an unfortunate lack of snacks.

The third and final motion was the ‘fun’ one: This House believes driving a car somehow makes the earth hotter. Some people took the motion seriously, explaining how the greenhouse effect works, or arguing in earnest that the economic cost of acting to prevent climate change is greater than the economic cost of climate change itself. (Apparently, the lives of millions of people in the developing world should come second to ExxonMobil’s balance sheet.) Others made more jocular speeches, some of which were admittedly quite amusing.

Putting the inherent implication that the greenhouse effect is up for debate to one side, the trouble with this motion was that it was often unclear who was joking: for every satirical point that was made, it was almost guaranteed that there was someone in the room who genuinely agreed. I would never seriously cite Breitbart journalist James Delingpole or the Daily Express as a source, but I wouldn’t for a moment put it past the CUCA membership. In this sense it was the third motion that was the most dangerous: the alt-right has a history of using the defence of satire to avoid any accountability for their words—just look at Boris Johnson’s “letterbox” remarks, or UKIP MEP candidate Carl Benjamin’s rape jokes—and the climate change debate was a perfect example of this. The Brexit Party motion suffered from the same problem.

By the end of the third debate, I’d had my fill of bad takes, cringeworthy humour and, frankly, CUCA in general. Port & Policy was, at times, interesting and amusing. But more often, it was boring, infuriating or even disturbing. All in all, it wasn’t a completely terrible evening, but at the same time, it wasn’t exactly my idea of fun. I do thank CUCA for welcoming me and other CULA members with open arms and will always extend the olive branch in return.

Next time, I’ll be sticking with CULA’s Spirited Discussions, where in the immortal words of Ariana Grande, “we havin’ better discussions”. 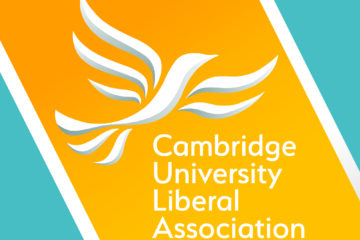 The last in-person CULA event I attended was our 2020 AGM, in which I was elected as Comms Officer and became editor of this blog. The international situation began to worsen almost immediately after this, and before long...