Expenses and pretences: how Daniel Zeichner is letting down his constituents

Without the 2009 expenses scandal, Brexit would never have happened. So suggest Emma Crewe and Andrew Walker in their recent book, An extraordinary scandal: the Westminster expenses crisis and why it still matters. To connect Brexit to the expenses scandal is simple.  When the 52% voted for Leave, the narrative goes, they were sticking two fingers up at the Westminster establishment. They felt alienated and disenchanted by the political class; these sentiments, ignited by the expenses scandal seven years earlier, exploded in voting booths throughout the country on the 23rd of June 2016, creating the political world in which we find ourselves today.

The fine points of Crewe and Walker’s argument will be debated by historians for years to come. Counterfactuals cannot be proved, and public faith in politicians had been knocked before 2009 anyway, by the Iraq War and by the Great Recession. But the misuse of expenses evokes a particular type of anger among the electorate, and understandably so. It encapsulates all our worst fears about politicians: that they are arrogant, self-serving, greedy; that they fundamentally cannot be trusted with our money. Of all the wrongdoings an MP can commit, there is none so corrosive to our democratic institutions as the misuse of public funds.

Except, perhaps, for electoral malpractice. Like the misuse of public funds, foul play in elections severely damages public trust in the democratic process. Unfortunately for the inhabitants of Cambridge, these two scourges have recently coalesced and combined in the conduct of Labour MP Daniel Zeichner. At first glance, his misdemeanour is quite innocuous. On the 1st of November 2019—back in the days when Brexit, and not the pandemic, was our biggest worry—Mr Zeichner sent a letter to a constituent. The substance of this letter was overtly partisan: he stressed that his party had, under the guidance of Sir Keir Starmer, committed to holding a confirmatory Brexit referendum in its manifesto, and that the Liberal Democrats’ policy of revoking Article 50 outright would be a grave mistake, risking a “Farage-led, highly dangerous backlash”. In the Remainer heartlands of Cambridge, where the election was set to be a two-horse race between him and the Liberal Democrat candidate Rod Cantrill, the political motivation of this letter is easy to discern: he is reassuring voters of his party’s commitment to a second referendum, staving off the threat posed by the Liberal Democrats in the constituency.

Campaign literature is an important part of all elections. In trying to persuade his constituents of the merits of his party’s policies, so that they might give him another term in parliament, Mr Zeichner was electioneering as any other candidate might. But unlike the other candidates, Mr Zeichner exploited certain privileges, to which he had access as the incumbent MP, for his own electoral gain. Like all MPs, Mr Zeichner had at his disposal parliamentary stationery, pre-paid and provided by the public purse. This stationery is to be used solely to fulfil parliamentary functions, and yet Mr Zeichner used it for expressly party-political purposes, to promote his own candidature in the election.

Electoral law in the United Kingdom is notoriously fiendish. Dispersed across seventeen statutes, and cobbled together over the course of centuries, it is not always easy to navigate. But Mr Zeichner’s violations of electoral standards are unambiguous; they cut through all the fog and confusion. MPs, as parliamentary rules make explicit, categorically may not use House-provided stationery and pre-paid envelopes to “support the return of any person to public office”, or to benefit themselves in any party-political campaigning. Moreover, the crowned portcullis—the emblem of the House—must not be used “where there is a risk that its use might wrongly be regarded or represented as having the authority of the House”. Its inclusion in Mr Zeichner’s campaign material—for that is indisputably what this letter was—bestowed upon it a significant weight and authority that was denied of other candidates on the basis that they, unlike he, did not have parliamentary resources at their disposal, to abuse and exploit.

These rules are in place for good reason. It is vital that MPs distinguish between constituency work and campaigning. As MPs they are required to be of assistance to any constituent who requires it. Their function is not to proselytise their constituents, but to serve them. They must resist the urge to proselytise when acting in the capacity of an MP, and save it for when they are consciously and overtly acting as a candidate for election; this distinction between an MP’s duties, the partisan and the parliamentary, is signified precisely by images like the crowned portcullis. At the time of his indiscretion, Mr Zeichner had served as an MP for four years, and had contested six general elections, with varying success. He should have known better.

This letter was not an isolated incident. Mr Zeichner sent around five hundred of them. He racked up a bill of £343.96. The cost of sending out five hundred pieces of Labour Party campaign literature did not fall on his campaign, but on the taxpayer.

The problem with Mr Zeichner’s conduct goes beyond his initial transgression. When challenged on his behaviour, he refused to take responsibility. “The letter to [name redacted] was sent following his email to me on 13 February about the relationship with the European Union post-Brexit”, Mr Zeichner claimed. “It may be that he had forgotten that he had contacted me on this issue”. Notice that, in a masterpiece of Baldrickian cunning, Mr Zeichner omits from his report the year in which this constituent had expressed his concerns about Brexit to his MP. The email to which he refers was sent in February 2018, twenty months before its apparent ‘reply’; no wonder the constituent may have “forgotten”. Convenient, one might think, that Mr Zeichner should remember to reply only days before the dissolution of parliament; this justification is particularly baffling, because the constituent’s email had already received a reply. Besides, this excuse applies to only one of the five hundred letters, each and every one of them a breach of electoral standards.

He then obfuscated on another related matter, in declaring that “it was not at all clear that we were facing a general election” when the letter was sent. This is risible, of course, because the letter was dated to the 1st of November 2019, three days after the Early Parliamentary General Election Act 2019 passed through the Commons, and one day after it received royal assent. It is difficult to believe that Mr Zeichner, an active participant in the House of Commons, had buried his head in the sand to these crucial developments. These are lies, plain and simple; they are lazy attempts to detract from the fact that Mr Zeichner knowingly and consciously misused public funds for his own electoral gain. It is arrogant, unpleasant, and insults the intelligence of those whom he was elected to serve.

The point here is not that Mr Zeichner skewed the outcome of the election. Nobody with a modicum of political nous would suggest that the use of parliamentary stationery, or the decoration and embellishment of campaign literature with the crowned portcullis, is what secured Mr Zeichner’s third triumph in Cambridge last December. His was a convincing victory, eighteen percentage points ahead of runner-up Rod Cantrill. But the question of whether his actions made any impact on the result of the election is irrelevant. He spent £343.96 that was never his to spend, and has since had to reimburse his employer. He dug himself a hole with his arrogantly half-baked justifications. Misuse of public funds and electoral malpractice: Mr Zeichner has violated the twin principles that animate the democratic process and allow it to survive. The people of Cambridge deserve better. 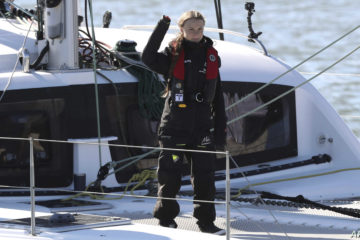 I’m sure anyone that reads this will agree that the climate crisis is real, global, and an existential threat to humans and the Earth. I don’t need to run through a list of panic-inducing statistics: the average global... 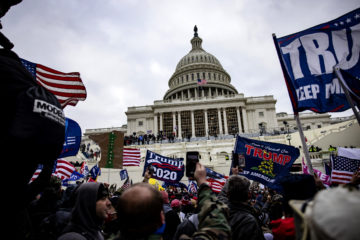 The purpose of the first version of this essay, written in April of last year, was to examine some of the prominent liberal theories over the last few centuries, and suggest a liberal model of violence between... 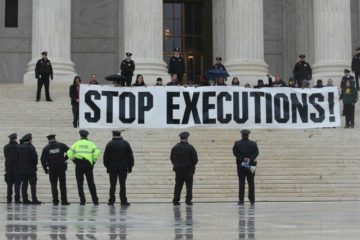 Earlier in October, US Attorney General Robert Barr gave the greenlight for the execution of Lisa Montgomery. Though she was convicted of a very serious (capital) crime—she had killed...